Two Colours & The Use of Black

A number of paint manufacturers, the latest being Rembrandt and Schminke, have introduced a small series of colours with names like 'Dusk colours', Iridescent etc. I think the reason is basically due to the huge range offered by Daniel Smith. I looked at the composition of several of these  and noted that Mars Black PBk11 was sometimes one of the, usually, two ingredients. As a result in my latest paint order I ordered a tube of the Schminke version. as well as a smaller tube of another black. The following is my first attempt at a painting using this colour approach. 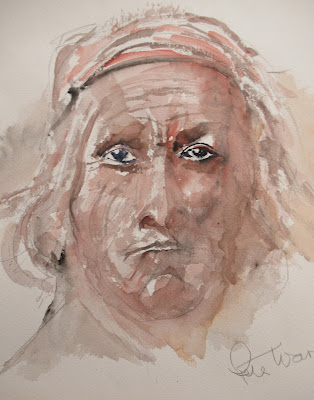 "Defiance" 16" x 12"
The reference I used was of an elderly Pima Indian with this sort of expression.There are mistakes in my portrayal but I comfort myself in Charles Reids dictum that "mistakes are part of it." Many ethnic
Amerindians did not like having their photographs taken. So far it hasn't had much a reception with few likes on Facebook, something I'm fairly used to unfortunately.
The thing is though only two colours were used Cadmium Red Light and Mars Black. Looking at the above would most people think they were the colours? I find the result quite attractive. Many of these new colours show quite strong texture/granulation, although that hasn't happened in my painting. Perhaps there is another ingredient I'm missing. I have some Winsor & Newton granulation medium so I might experiment with that.
If you look at "The Color of Art Database" and also Handprint you will get some conflicting views. Handprint, although this is still available, has not been updated for some time but I don't think what he says has changed much. As stated I bought the Schminke version of Mars Black and it doesn't seem to granulate  much, despite this being emphasised in the previous references quoted.
There are a surprisingly large number of black pigments. Black is a colour that is damned by many artists yet is was known in earlier times as "The Prince of Colours". It is something that needs to be used carefully.
I intend to experiment with Mars Black combining it with other colours. My approach right or wrong will be to start off adding small quantities of  black and see where this leads -  if anywhere.

Here are the latest batch for June. Another very varied selection showing the huge versatility of watercolour. 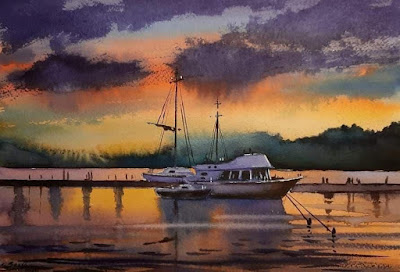 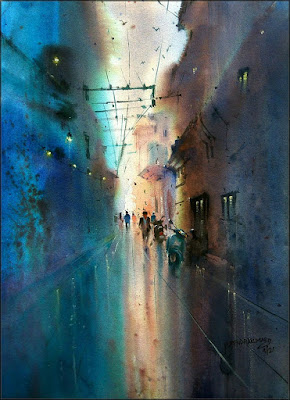 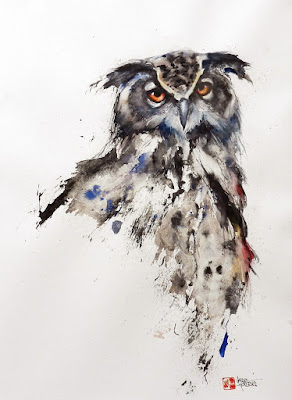 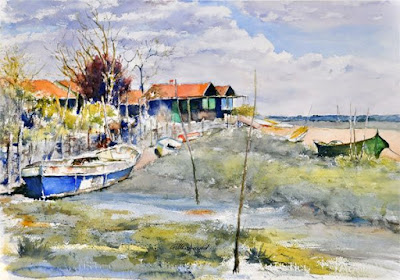 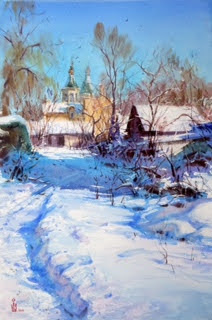 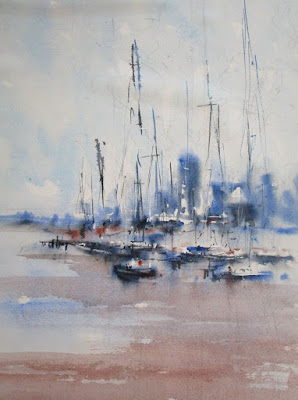 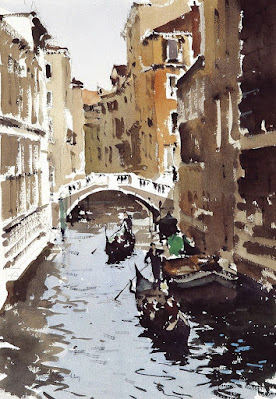 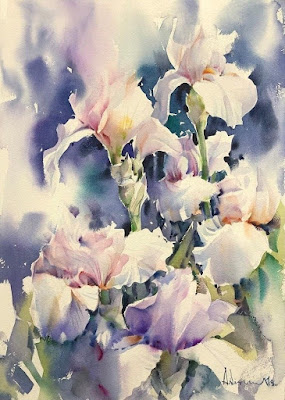 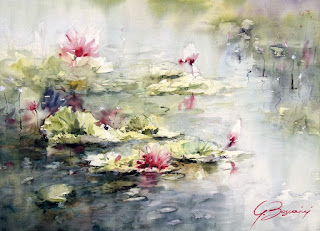 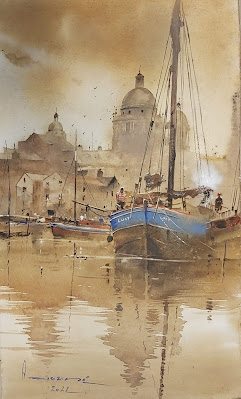 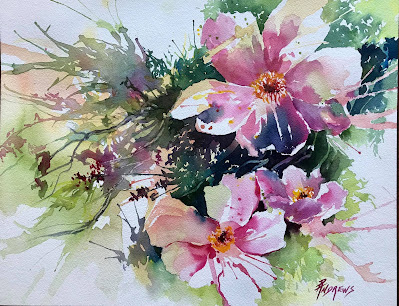 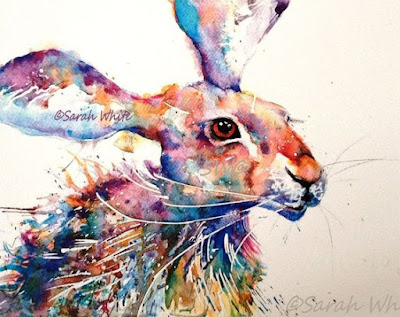 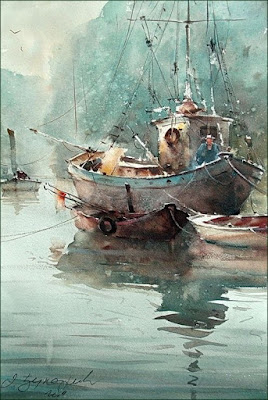 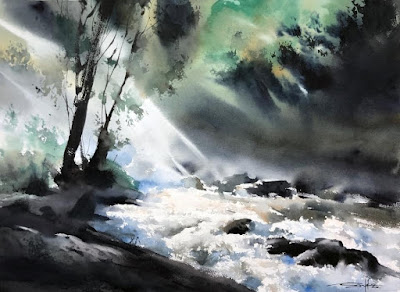 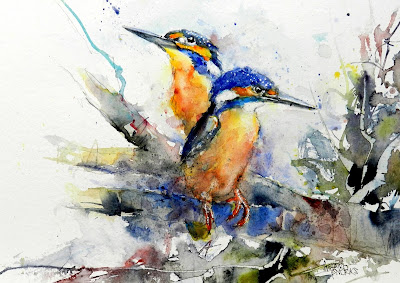 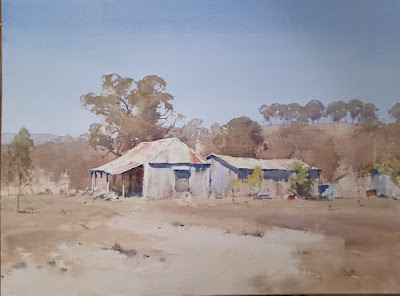 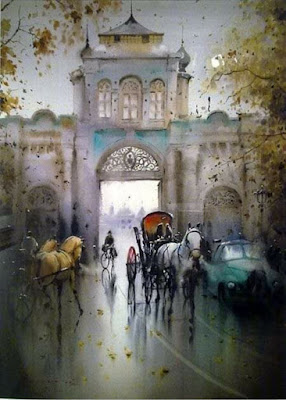 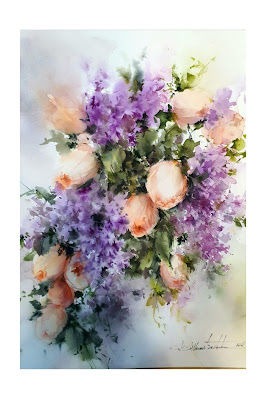 Shirin Nemat-Zaheh
Thats it folks. Hope you find much of interest. Any corrections welcome.
Posted by Peter Ward at 02:05 2 comments: