Here are twelve more watercolour paintings by a variety of artists, some I know, some I don 't. They illustrate the wide range of subjects and the superb work that is attained by these and many other artists in our preferred medium.. 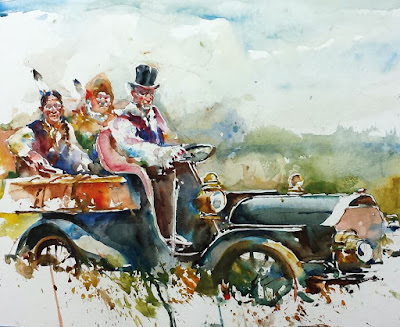 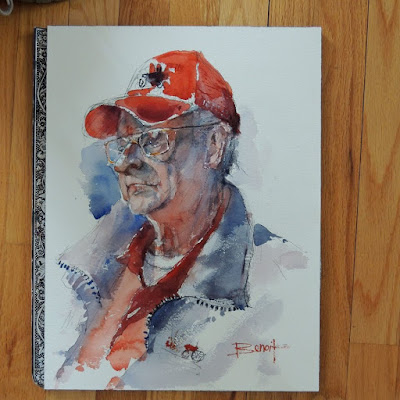 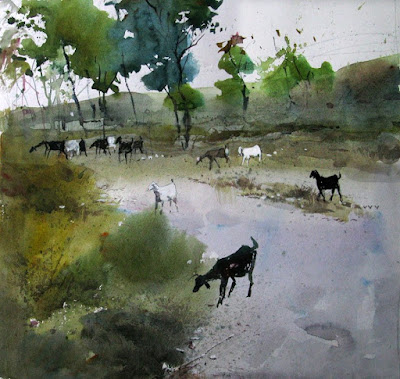 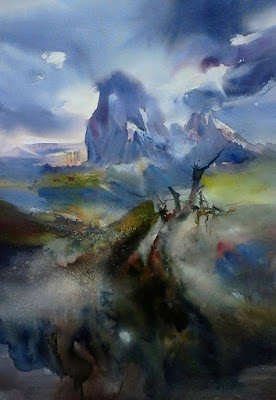 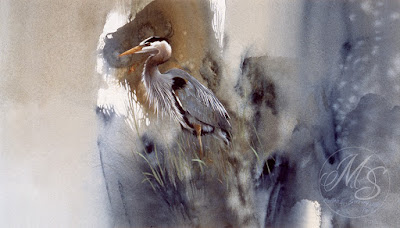 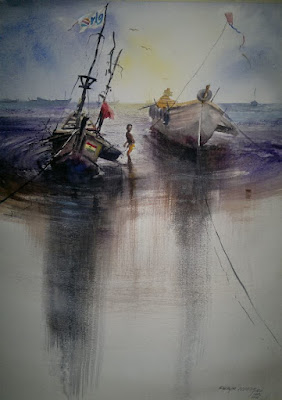 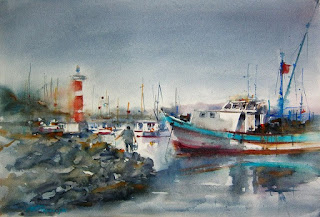 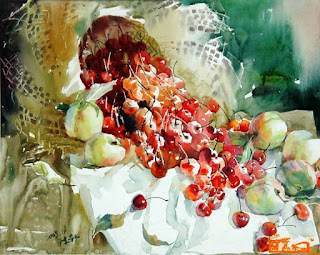 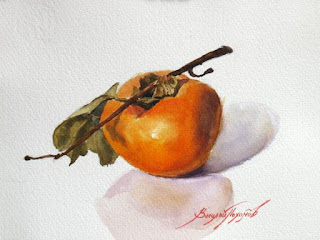 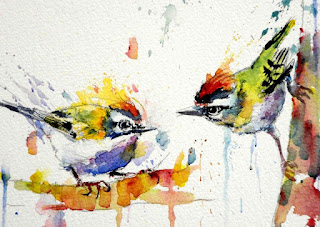 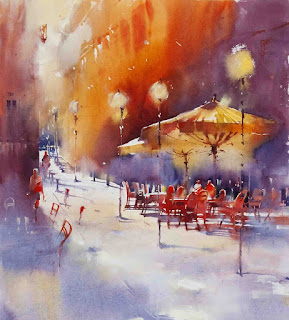 Not bad are they! Wish I could paint like some - most actually - of these artists

This is my latest painting, painted at an AVA `catchup session'. Actually I missed the previous two so didn't have anything to catch up. I'm increasingly inclined to mainly confine my subjects to animals. birds and portraits. 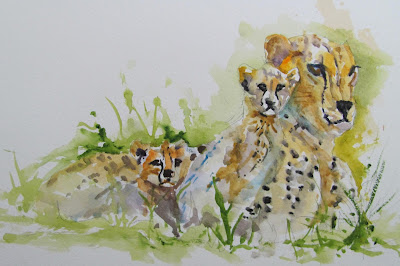 I only decided what to do when I was at the AVA session. I first made a drawing using a Pentel  No7 2B mechanical pencil with my version of Charles Reids contour drawing technique. I really don't like over finished paintings so it's a sort of vignette.

It's a modest little painting but I'm quite pleased with it.

Email ThisBlogThis!Share to TwitterShare to FacebookShare to Pinterest
Labels: Cheetahs

My painting activities have been somewhat limited lately for reasons I won't go into but I'm still going to the AVA sessions and here are some of the paintings from some of the members and myself. 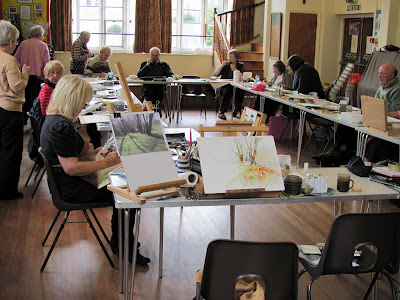 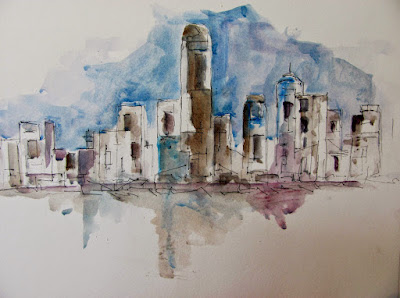 Peter Ward - an attempt at an abstract approach for the subject of  buildings, not one of my favourites 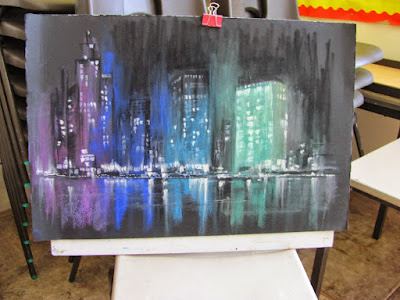 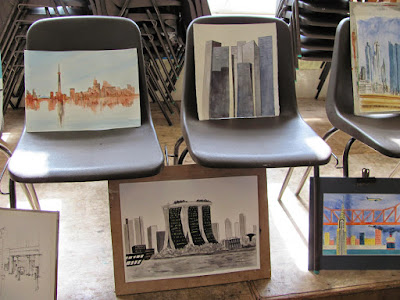 A general view of some members work on the buildings subject 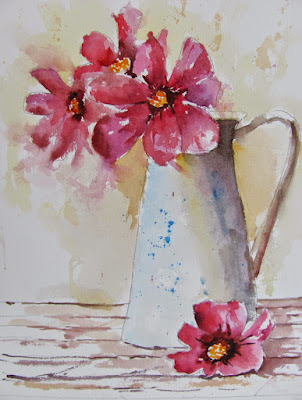 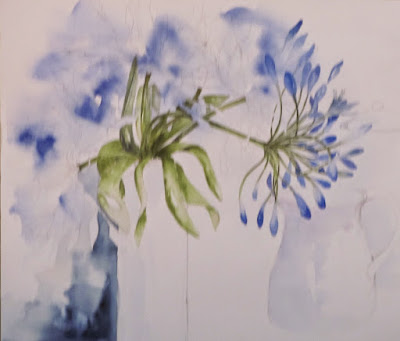 Yvonne Harry- same subject. Yvonne and Jan were over an hour late due to a serious traffic holdup so their work was unfinished. 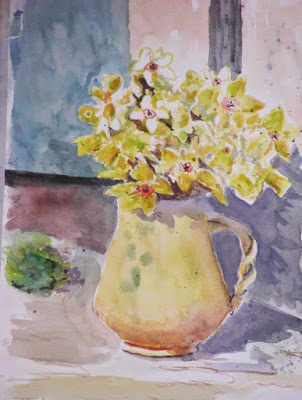 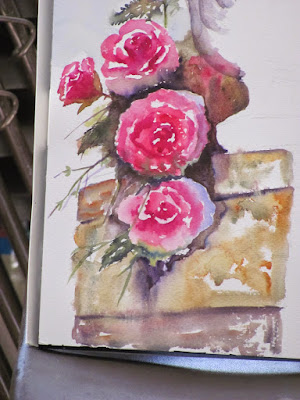 Jan Weeks - unfinished for the reason given above. 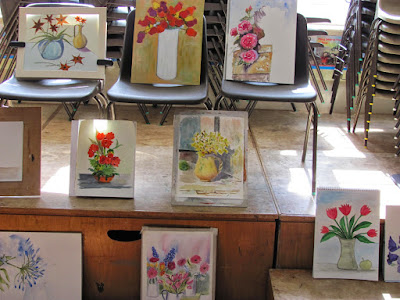 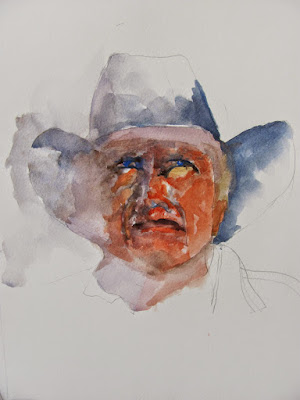 Peter Ward - I finished early one week so started on this one. Not very successful 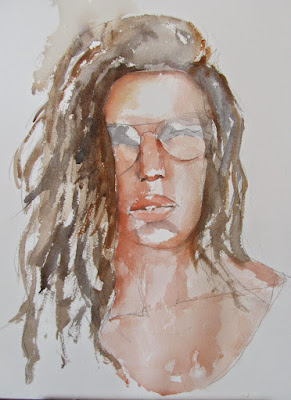 Model from the Next Ad in my newspaper. I rather liked this one but after viewing it the following day decided not to do any more, leaving me open to `the `unfinished' label